The glass artwork Exodus in the chapel of the newly built Tita-Cory student residency consists of 25 glass finns. The finns, each measuring 29 cm x 179 cm, are mounted vertically in the skylight of the chapel. Their fanned-out shape is reminiscent of the pages of an open book, thus striking a connection to the university students living in the building as well as highlighting the importance of the written word. Artist René Blättermann further emphasizes this association: He inscribed each of the finns with a quotation from the Book of Exodus in Proto-Sinaitic script – a script from the 19th century B.C. that is considered to be the origin of many modern scripts, such as Hebrew, Greek, Latin and Arabic. As such, Blättermann establishes a link between Judaism’s various daughter religions, Christianity and Islam. By choosing the Proto-Sinaitic script, which goes back to Egyptian hyroglyphs, he also refers to Egypt, the land of departure.

Blättermann’s colorful design was realized on hand-blown flash glass, which was first etched and then refined with stain and glass paints. Finally, the genuine antique glass was fully laminated onto laminated safety glass. 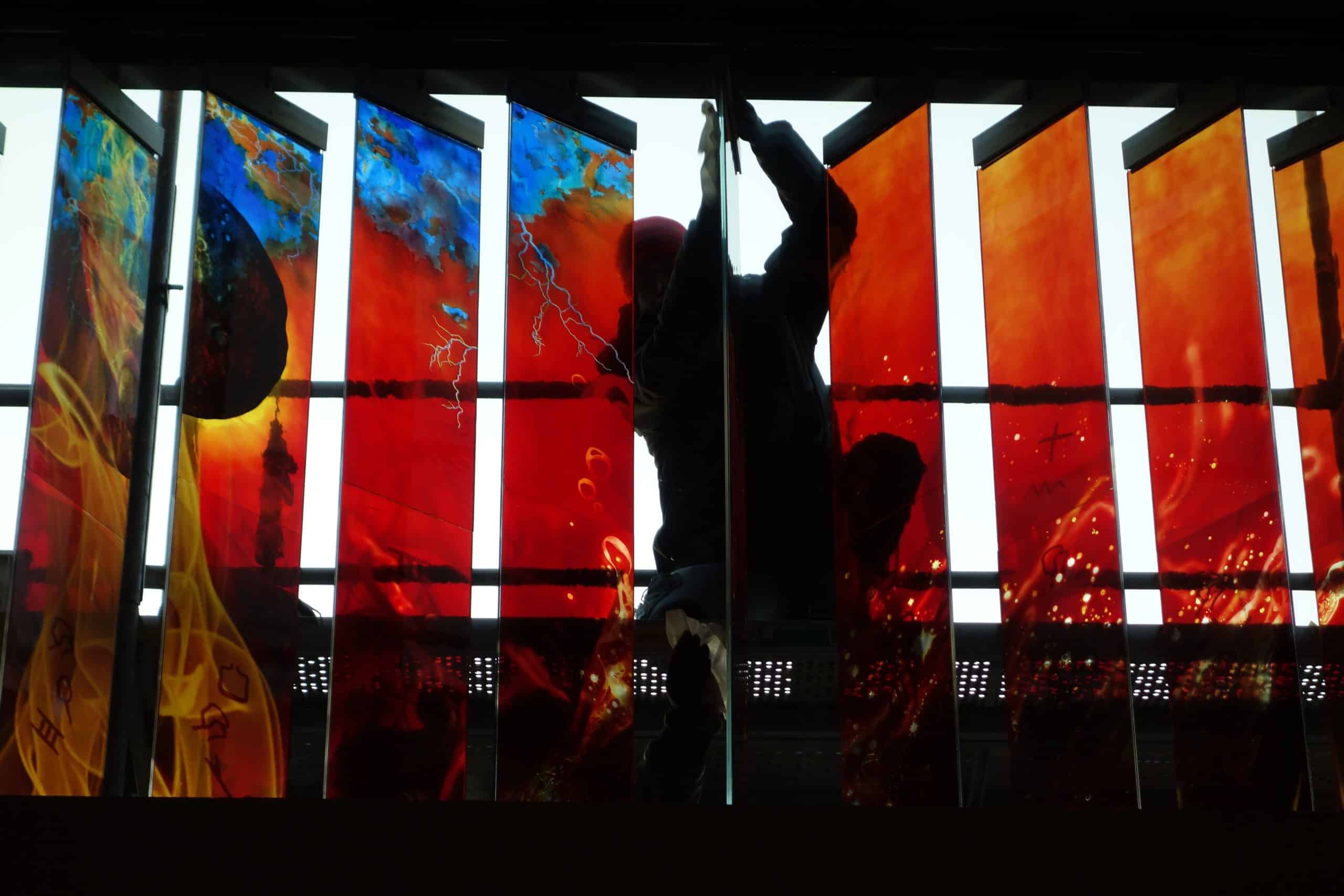 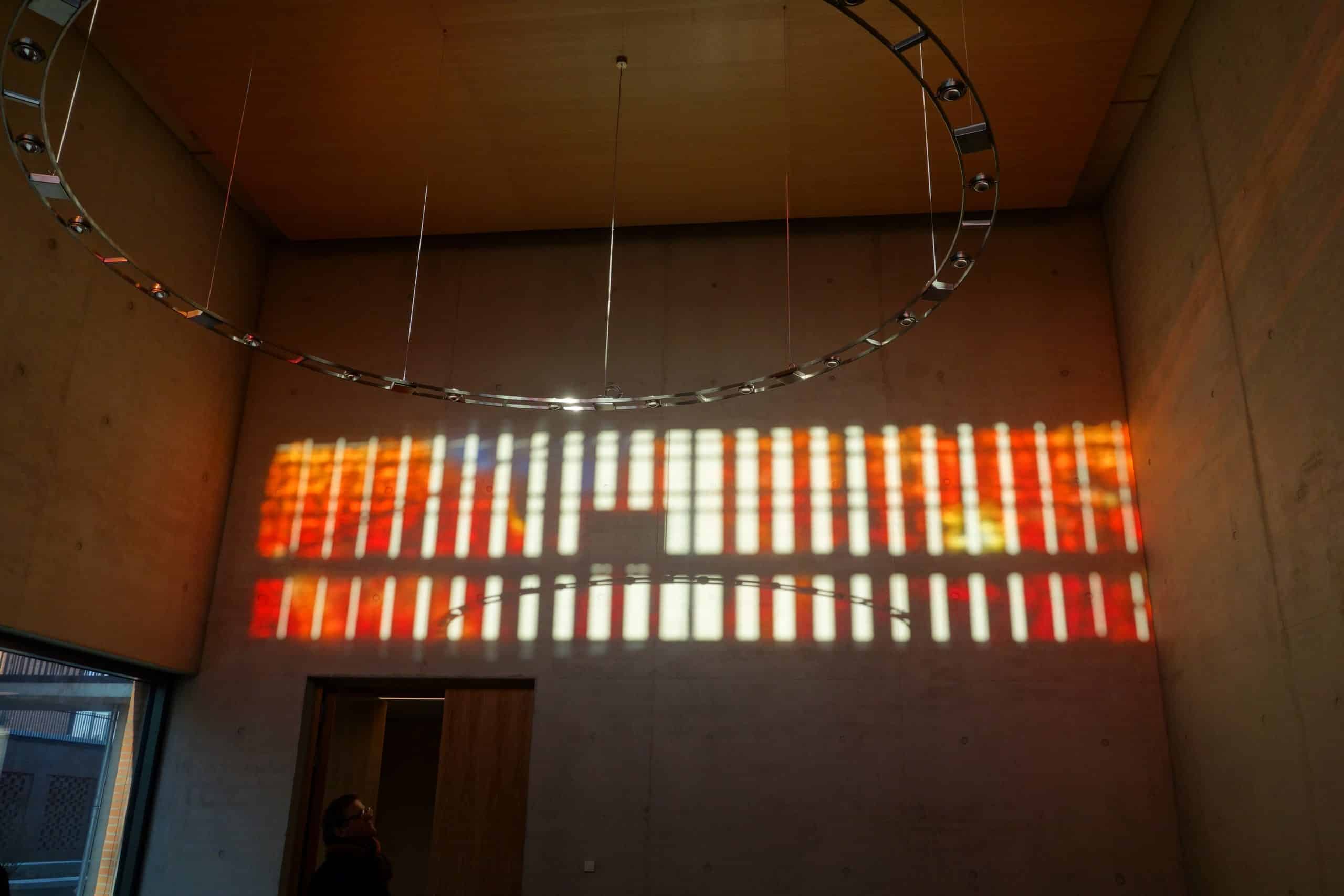 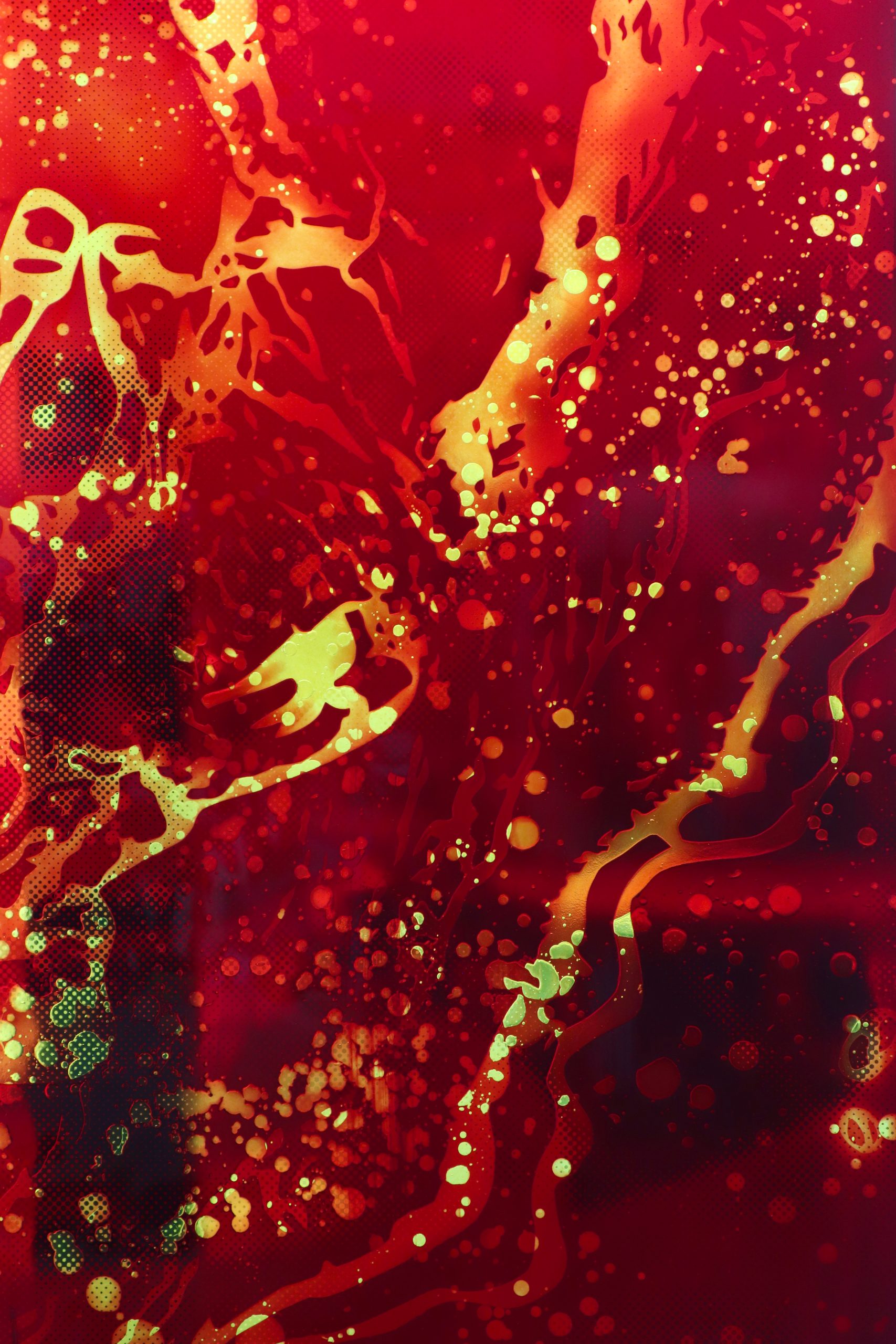