This unique little evangelical church sits on top of a cliff, overlooking the small town of Walldorf. It’s history dates back to 1008, when a first chapel was erected as part of the fortification of the medieval town. The building in its current appearance was erected in 1587.
Tragically, the church burnt down almost completely in 2012, sparing only the outer walls. The congregation was deeply shaken by the event but in a show of strength, they came together to not only rebuild their beloved church but to remodel it, to create a space of their own whilst honoring the building’s history. As a result, the building today has many unique features, not least the 28 windows, which originate in different eras. Some had been closed over the centuries but the congregation decided to open them back up when they were discovered during the restoration. For the design of this unique window cycle, the congregation organized a CfA, deciding on young German artist Julian Plodek. Plodek developed a design concept that integrated modern and traditional elements and in fabrication made use of a wide variety of techniques (fusing, hand painting, airbrush, leading, lamination).

After the fire, the congregation of Walldorf came together in an inspiring process of deliberation and collaboration. They decided they wanted to rebuild the church as a space of their own that was inviting to everybody and would make religion widely accessible. The church should offer a space for contemplation, inspiration and remembrance while simultaneously providing the congregation with a welcoming place for communal events. Not least, the building was supposed to be an attractive destination in an area characterized by tourism.

As an art student, artist Julian Plodek had gathered first experiences working with glass through a workshop held at Derix Glasstudios several years prior to this project. The workshop gave him an opportunity to learn about different possibilities working with glass, which he later applied to Walldorf. Furthermore, he had the opportunity to develop a working relationship with the artisans at Derix Glasstudios. When he was developing his designs for this project, he consulted with the team at Derix to find the best possible technique for each of the 28 windows – all of them are executed differently. For the studio, it was vital to understand Plodek’s design intent in order to help him translate his ideas into glass and to achieve the overall vision he had for the space. Plodek chose to take an active part in the fabrication of the windows and to complete most of the painting himself. Throughout the entire process, he worked with a fixed team and a project manager, that guided and assisted him. 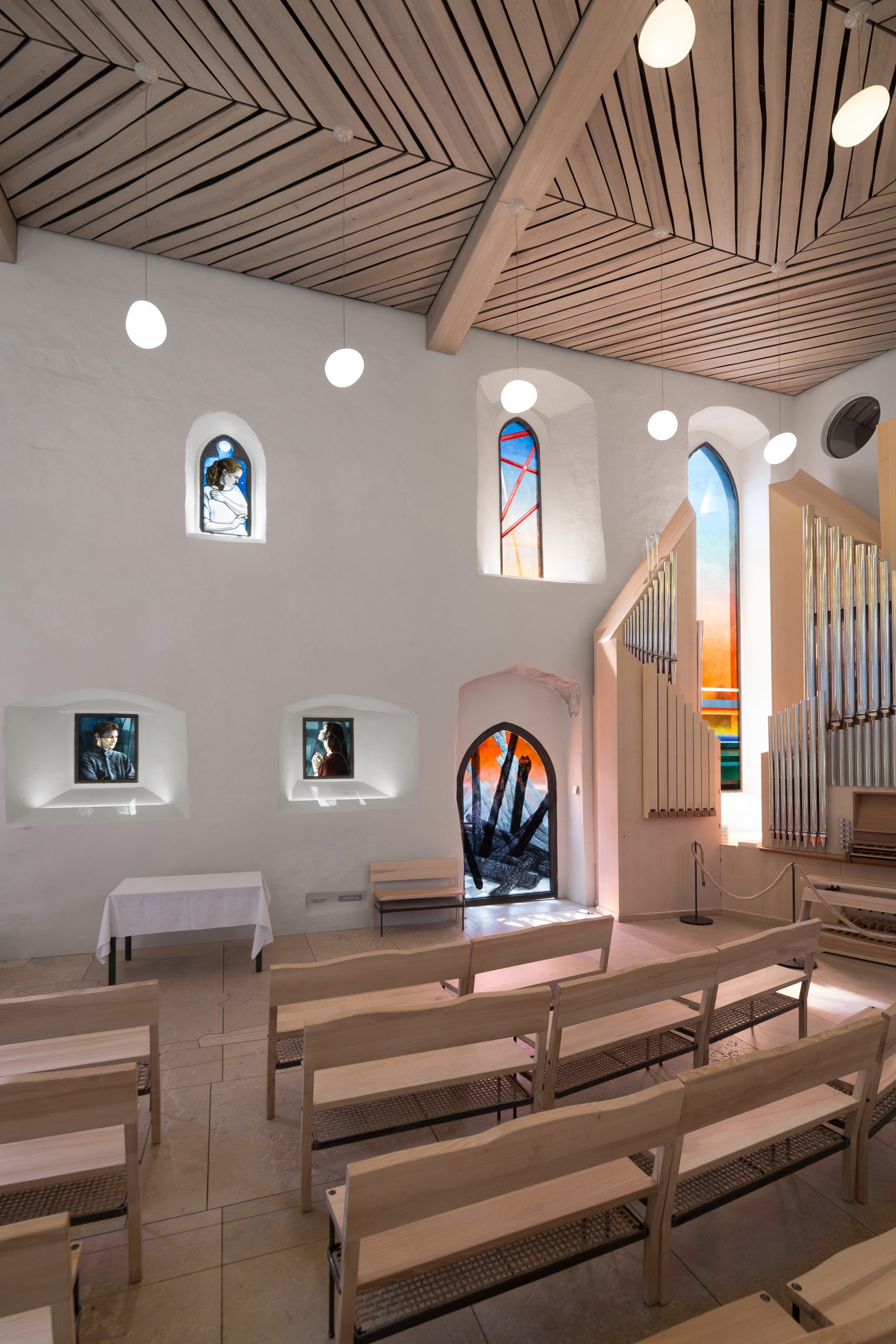 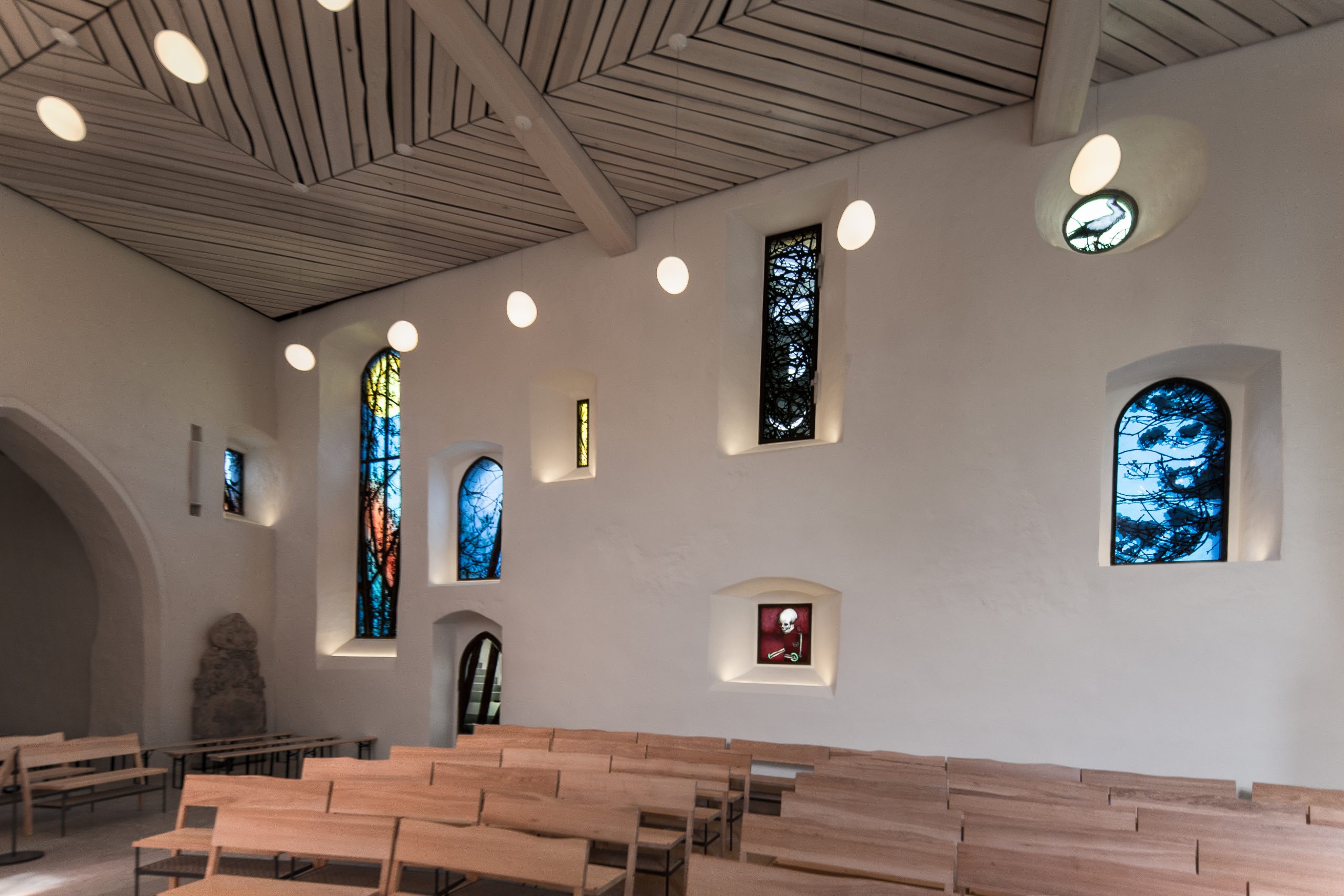 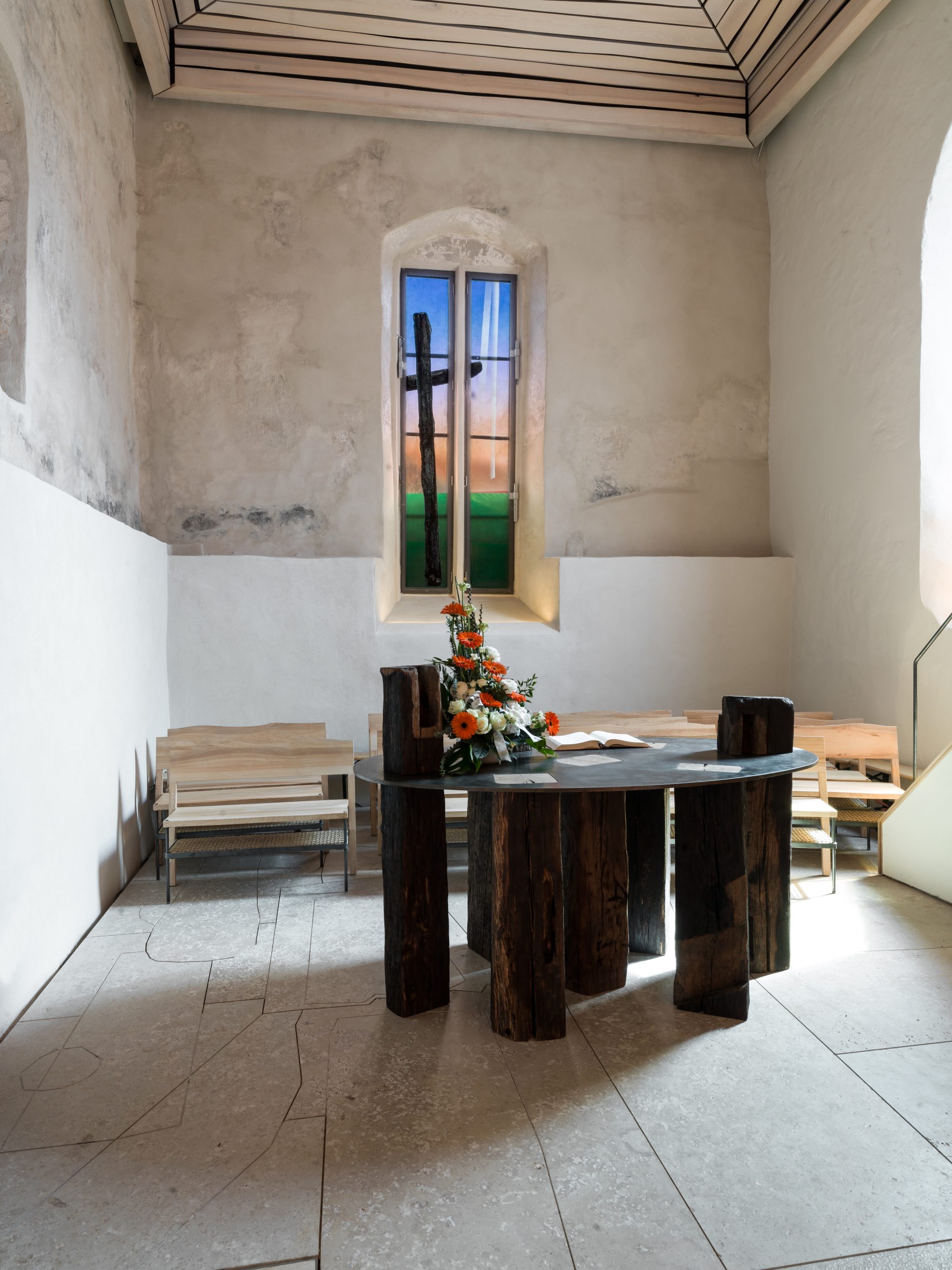 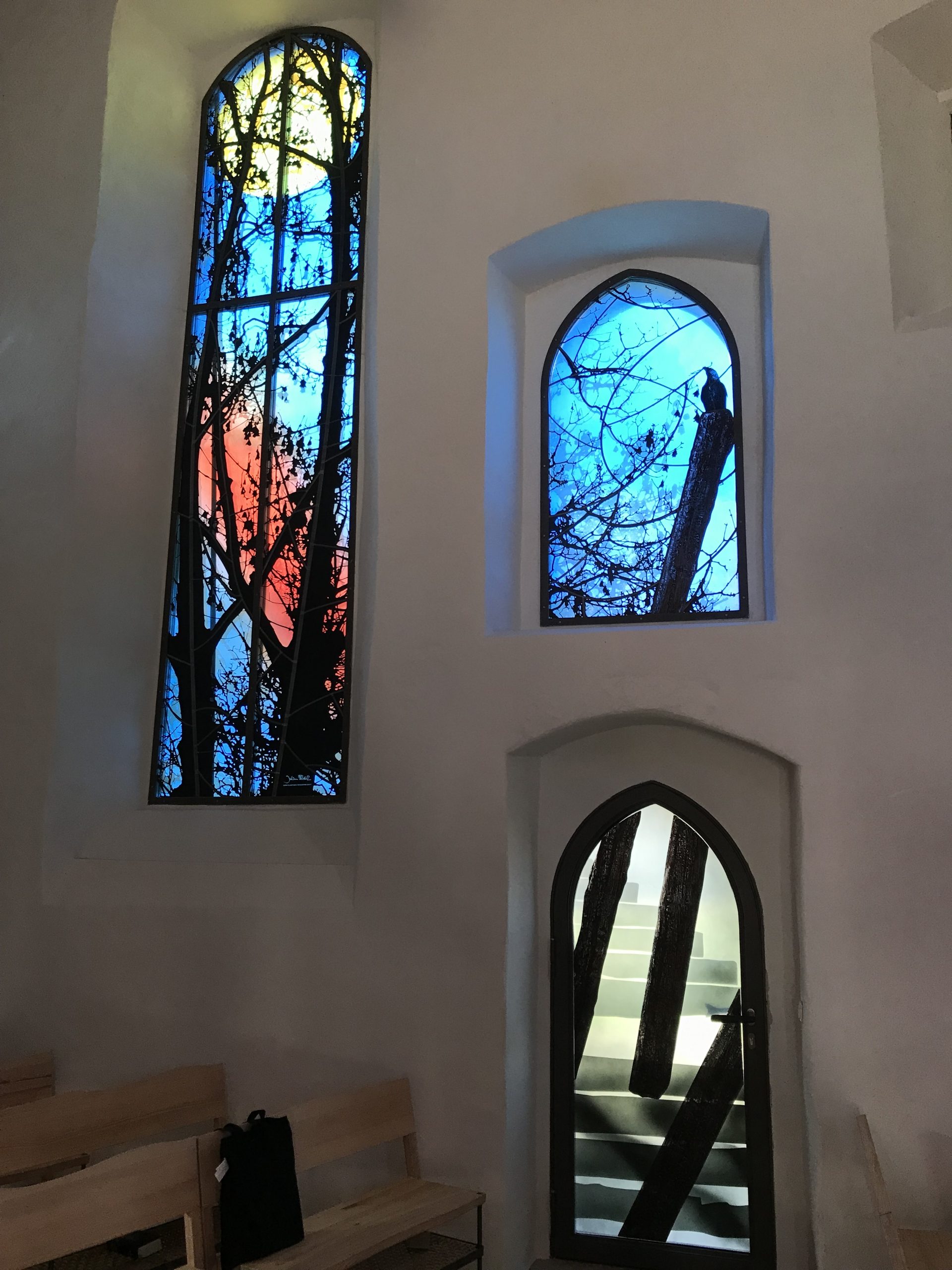 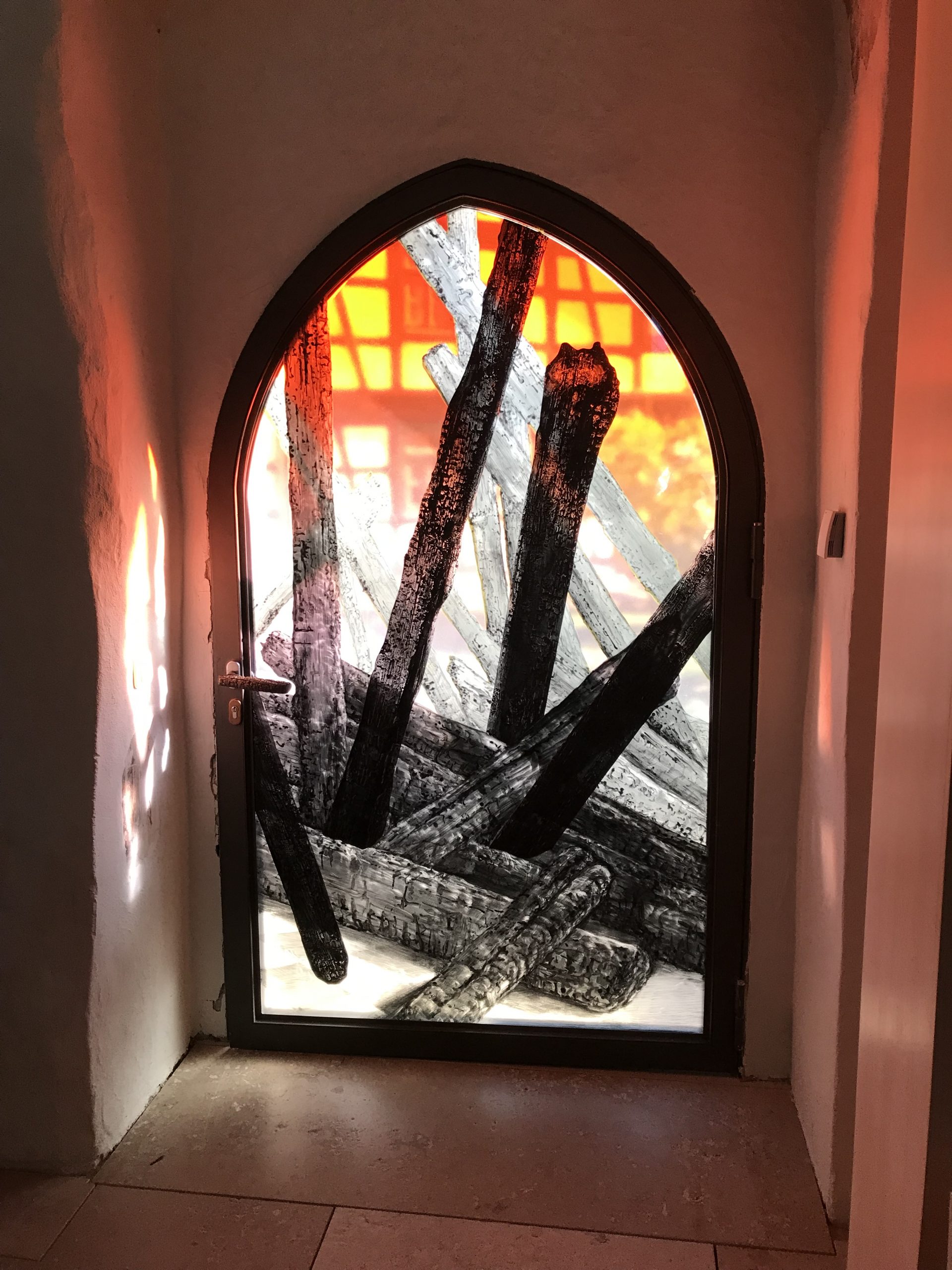 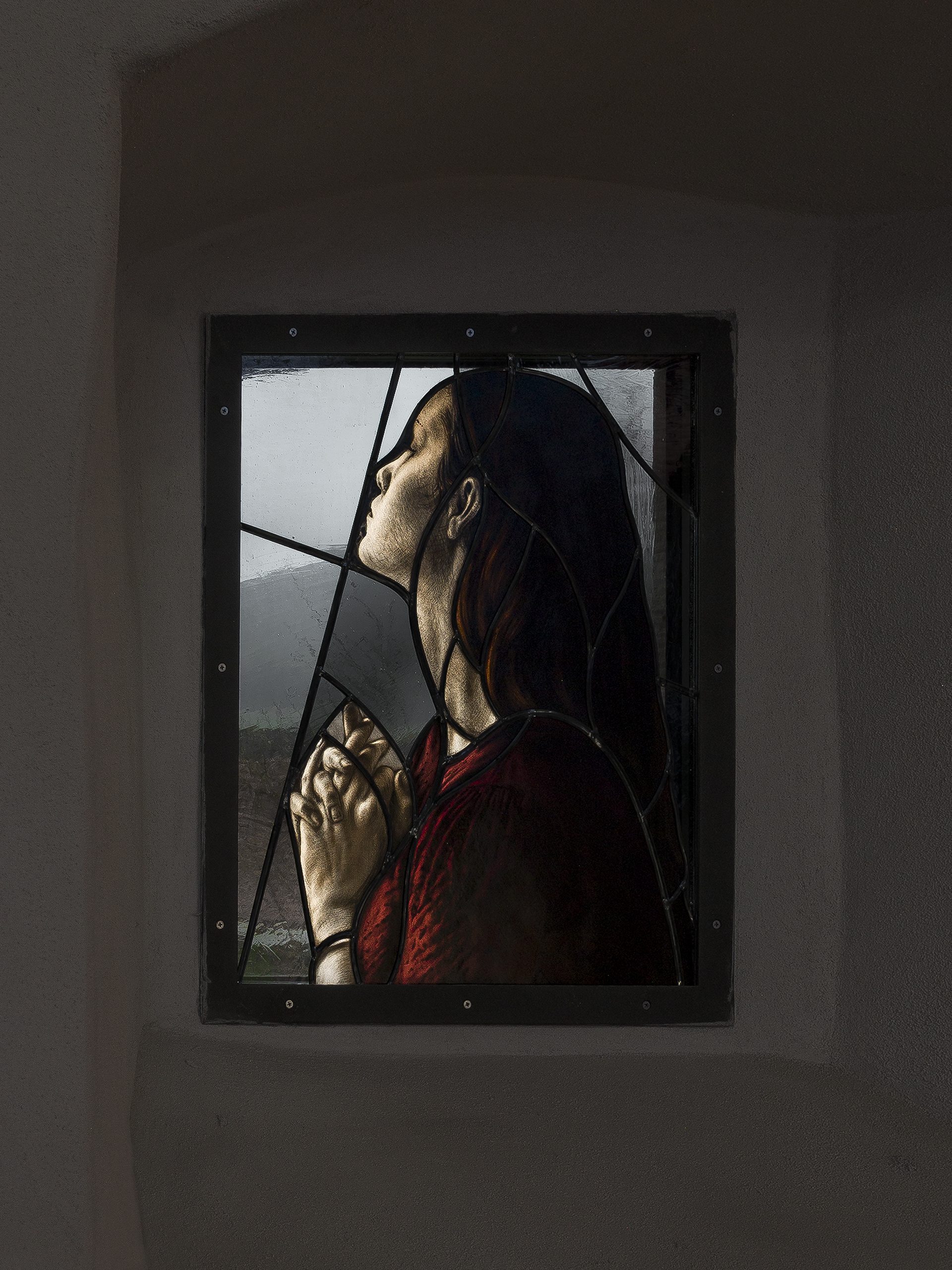