“Aspire” is an early-integration public art project for the new Aurora Central Recreation Center commissioned by the City of Aurora, Colorado. It represents Aurora’s largest public art project to date. Artists David Griggs and Scott Parsons working in tandem with the architects Populous, the City’s representatives, and the general contractor AP, identified four art locations as part of the early-integration process. Three large-scale architectural art glass works were installed along the exterior of the rec center from north to south, totaling 57 art panels (920 sq. ft.). A dynamic suspended metal sculpture resides in the two-story atrium entrance.

During the design phase, a number of modifications were integrated into the architectural character of the building to best site the artwork. For example, the running track wall was extended outward to allow for a vertical gesture of colored art glass through both floors of the gymnasium. Once final approvals were given, the artist team of Griggs and Parsons worked closely with the local company Demiurge on the development and fabrication of the large atrium sculpture, made from painted tubular steel. For the translation of their three large glass works, the artists partnered with Derix Glasstudios in Taunusstein, Germany. The glass designs were scaled to 100% drawings and rendered by hand with airbrush, vitreous enamel paint, and acid-etching through multiple kiln firings. Finally, the team at Derix collaborated with Populous and A&P to ensure the art glass would meet all safety requirements and could easily be integrated into the building’s exterior shell. The insulated glass units were created in Denver, Colorado and installed on site. 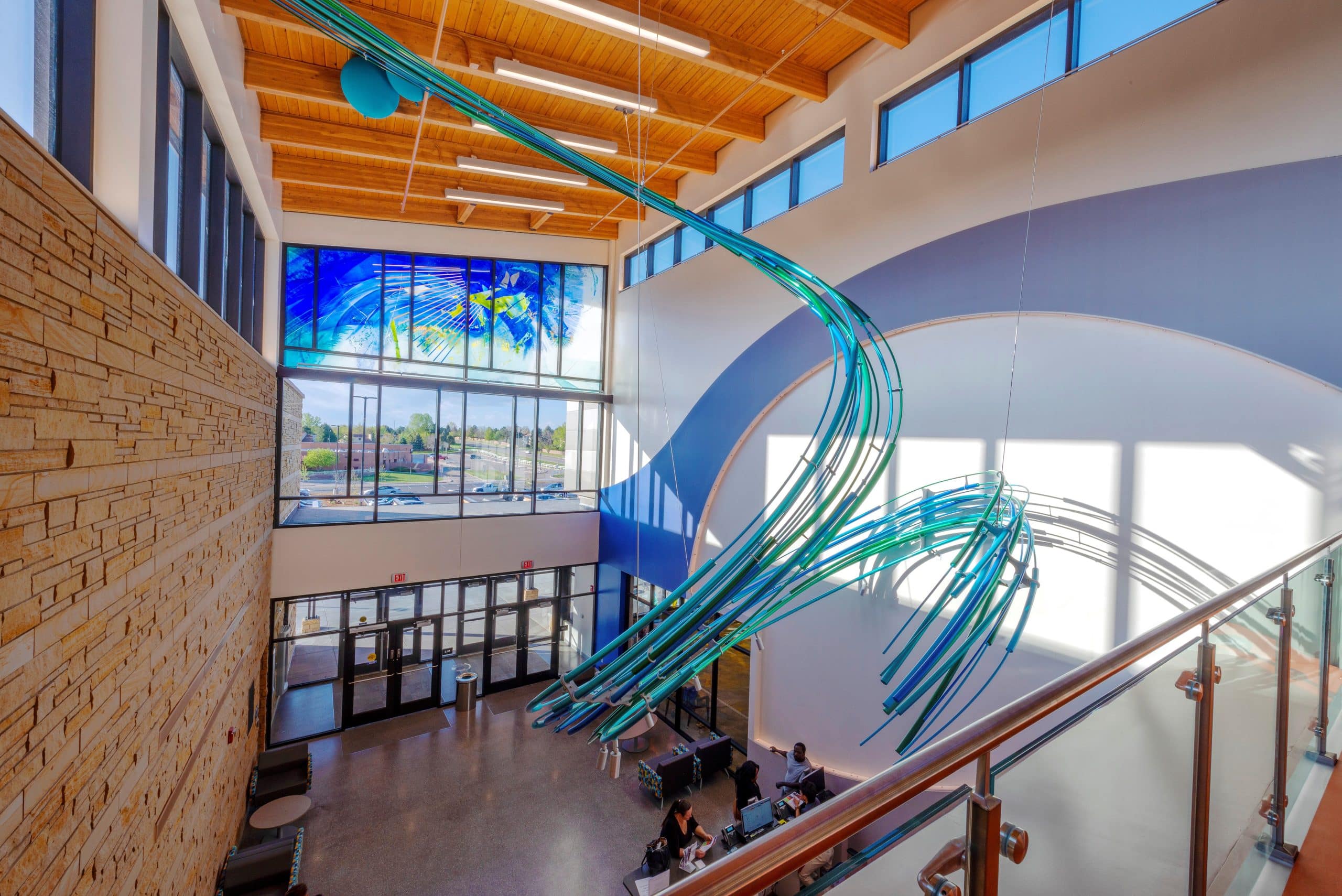 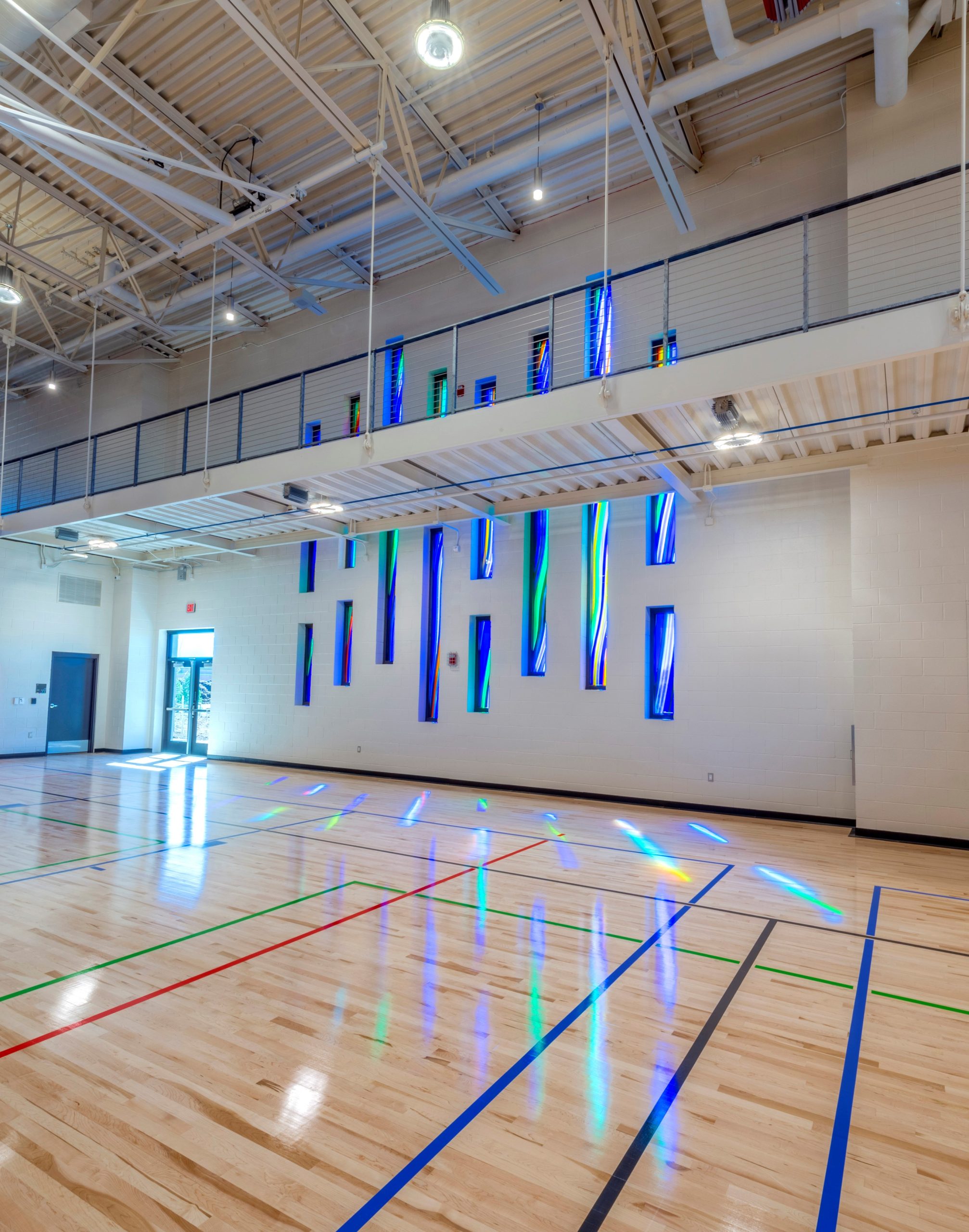 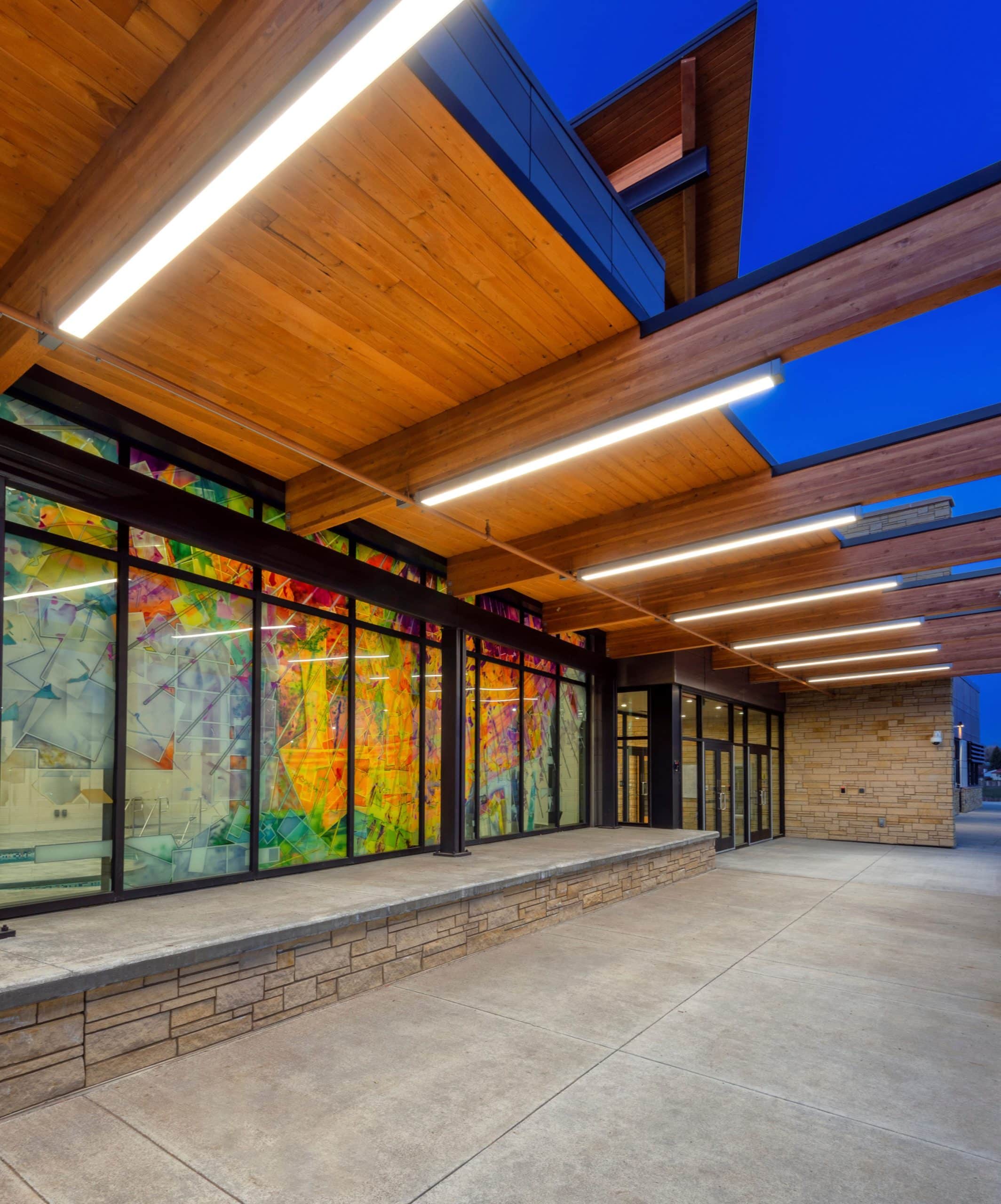 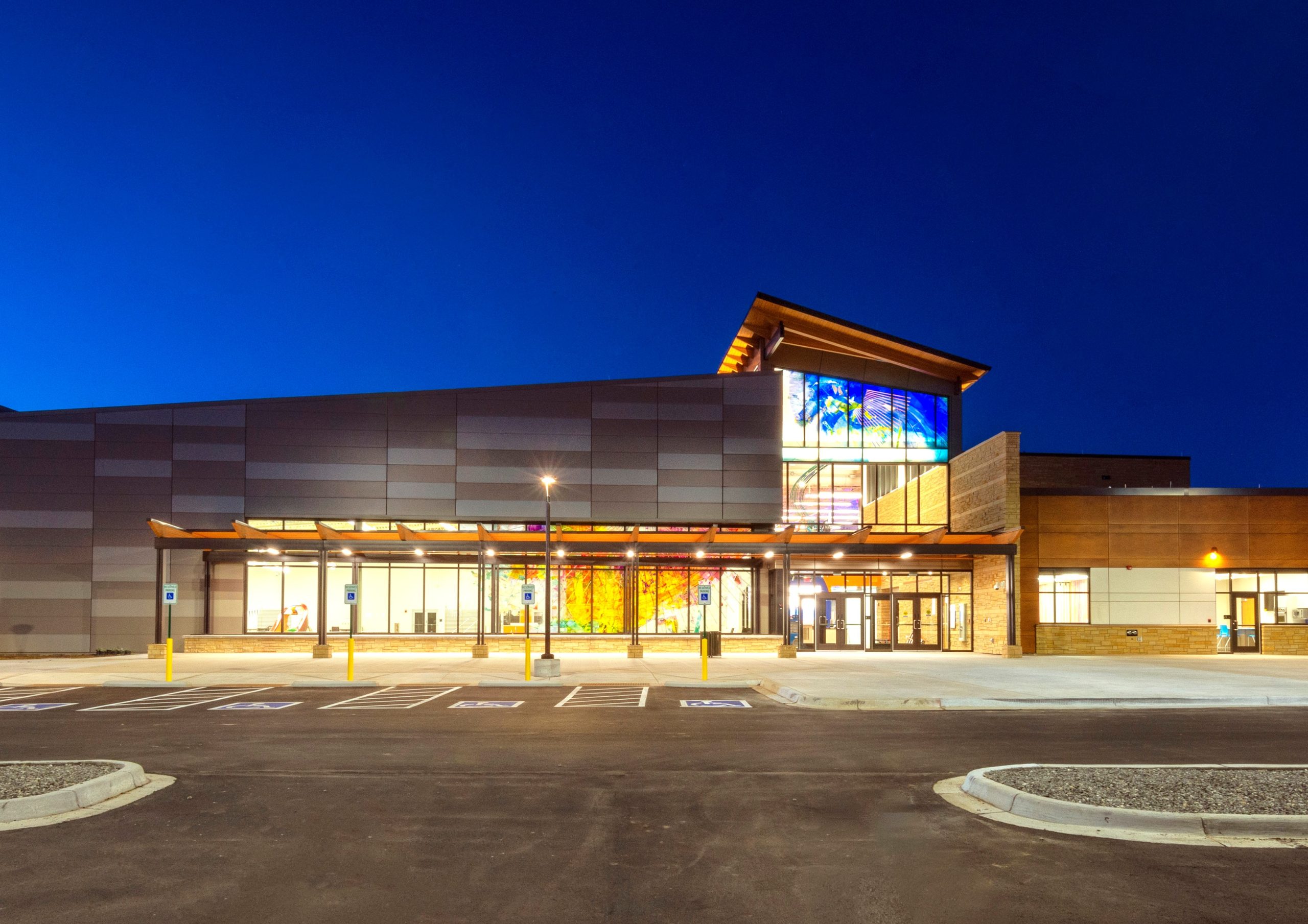