Windows to celebrate life – a transcontinental collaboration!
Artist Ursula Jüngst won the competition for the redevelopment of the baptistry of All Saints Church in Nuremburg, Germany, whilst she was living in Spain. As of summer 2020, twelve 4-meter-tall windows shine magnificently in the round chapel, displaying their yellow-blue contrasts. It was the first time the accomplished painter had produced artwork using glass. She chose an unusual method: For several weeks she painted her full scale window designs onto canvases on the wall of an old factory near to her studio in Barcelona. These were then translated into glass at Derix Glasstudios in Taunusstein. The realization of three glass levels with acid-etched hand blown antique glass and painting using vitreous enamels lasted nine months. The result is a multidimensional work of art, which changes with the position of the observer. The artist herself described her work as “a celebration of life and a cosmos of meeting. According to the position and perspective of the observer, they discover intersections, connections and color mixtures thanks to the medium of glass.”

Once Ursula Jüngst was awarded the commission, she began to collaborate with the experts at Derix Glasstudios in Germany. Initially there were several meetings in her studio with Ms. Jüngst and the designated team – project developer Frederik Richter, master painter Rahmi Schulz and painter Daniela Köhler. The aim was to understand her vision and painting style. Typical characteristics of her artwork include similar brushstrokes in the length and breadth, which take on a formal meaning through the rhythm of their repetition. So that the translation into glass of these basic elements did the artist justice, several techniques were trialed and samples produced. The team decided to implement using three levels: 120-sheet hand blown antique glass in transparent blue and opal yellow tones were etched several times to replicate the artist’s pastose brushstrokes; the glass was then painted in several layers with glass paint; finally a carrier sheet was laminated with the processed antique glass on both sides. Thus a multidimensional work of art with a particular feeling of depth was created. 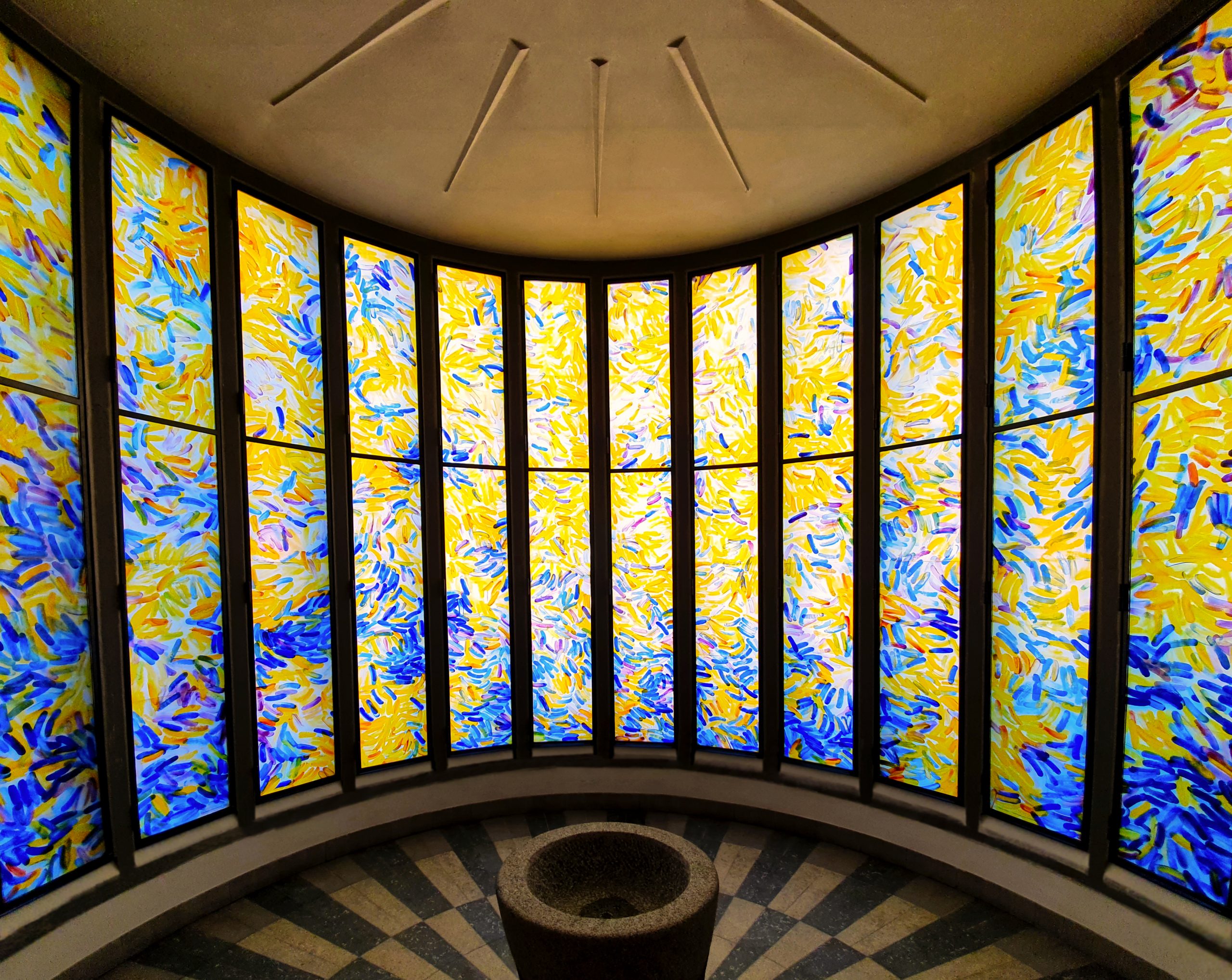 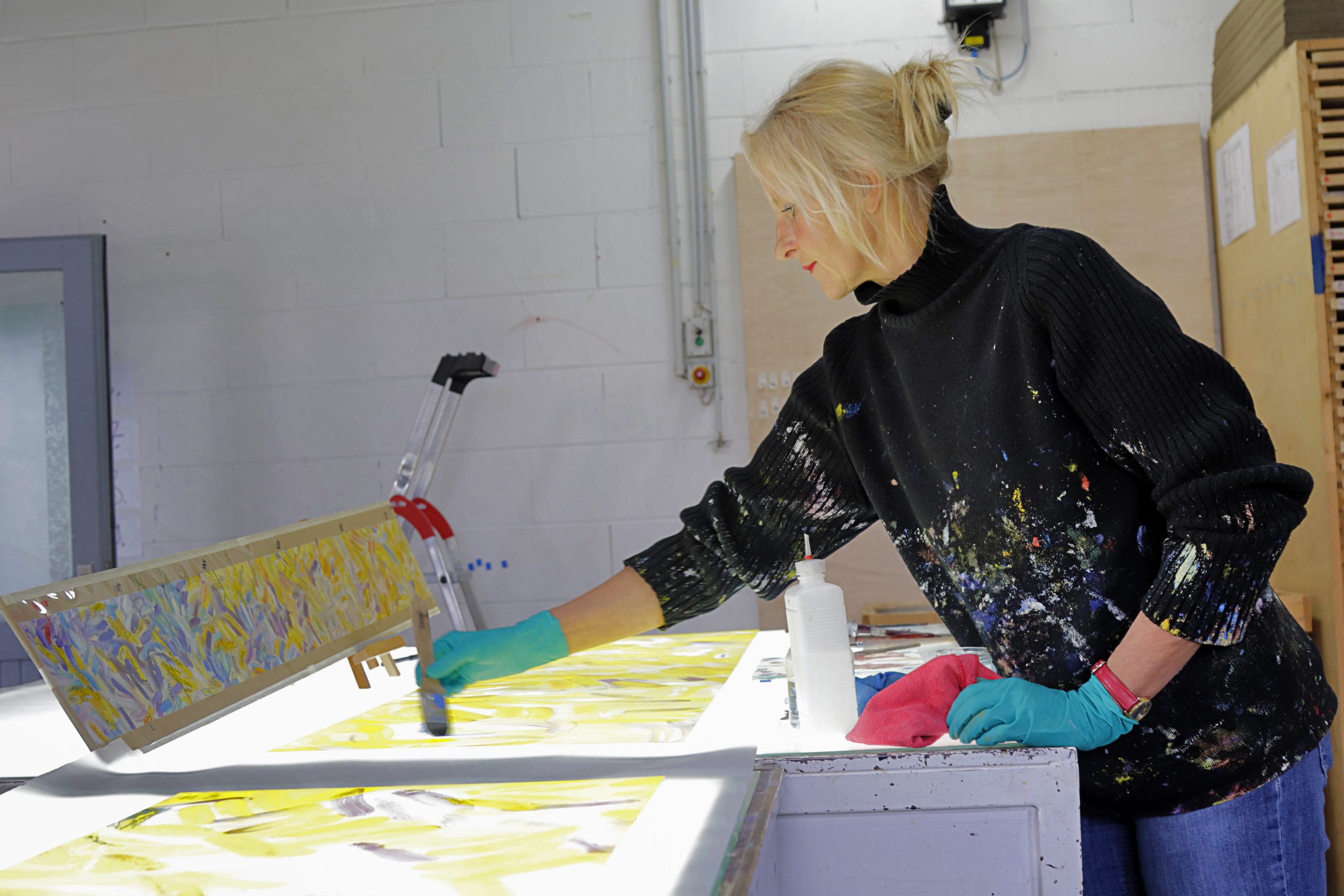 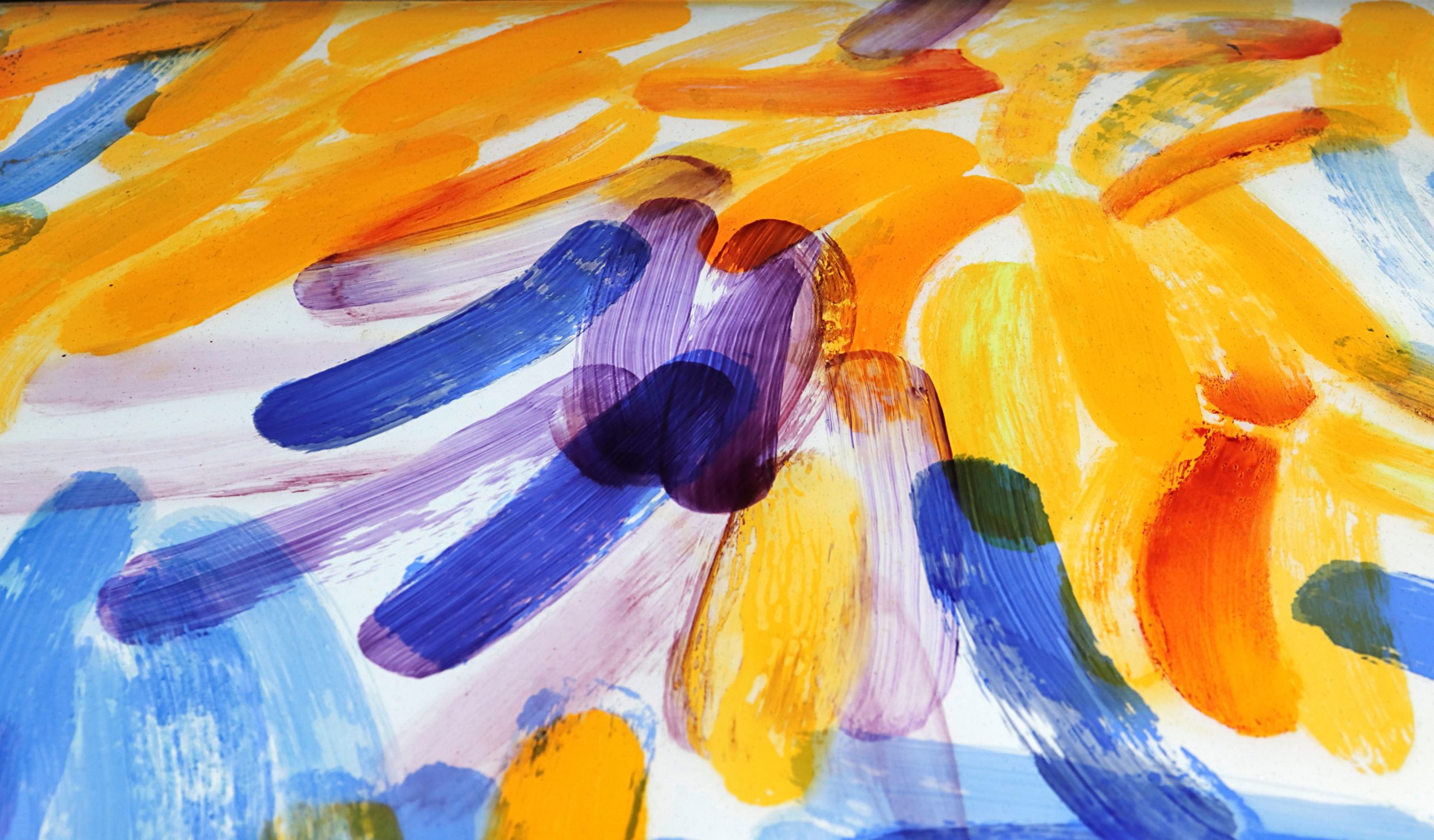 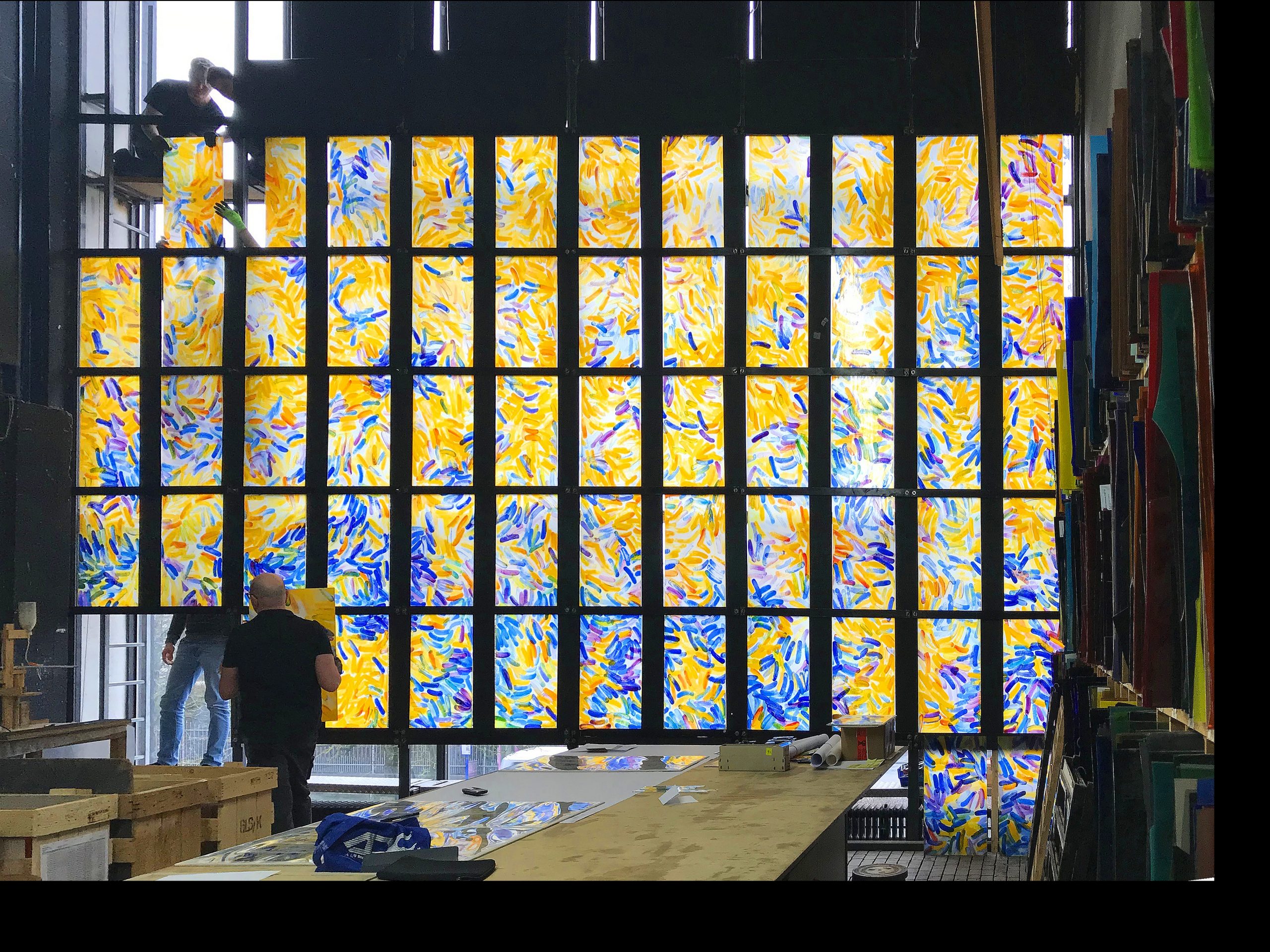 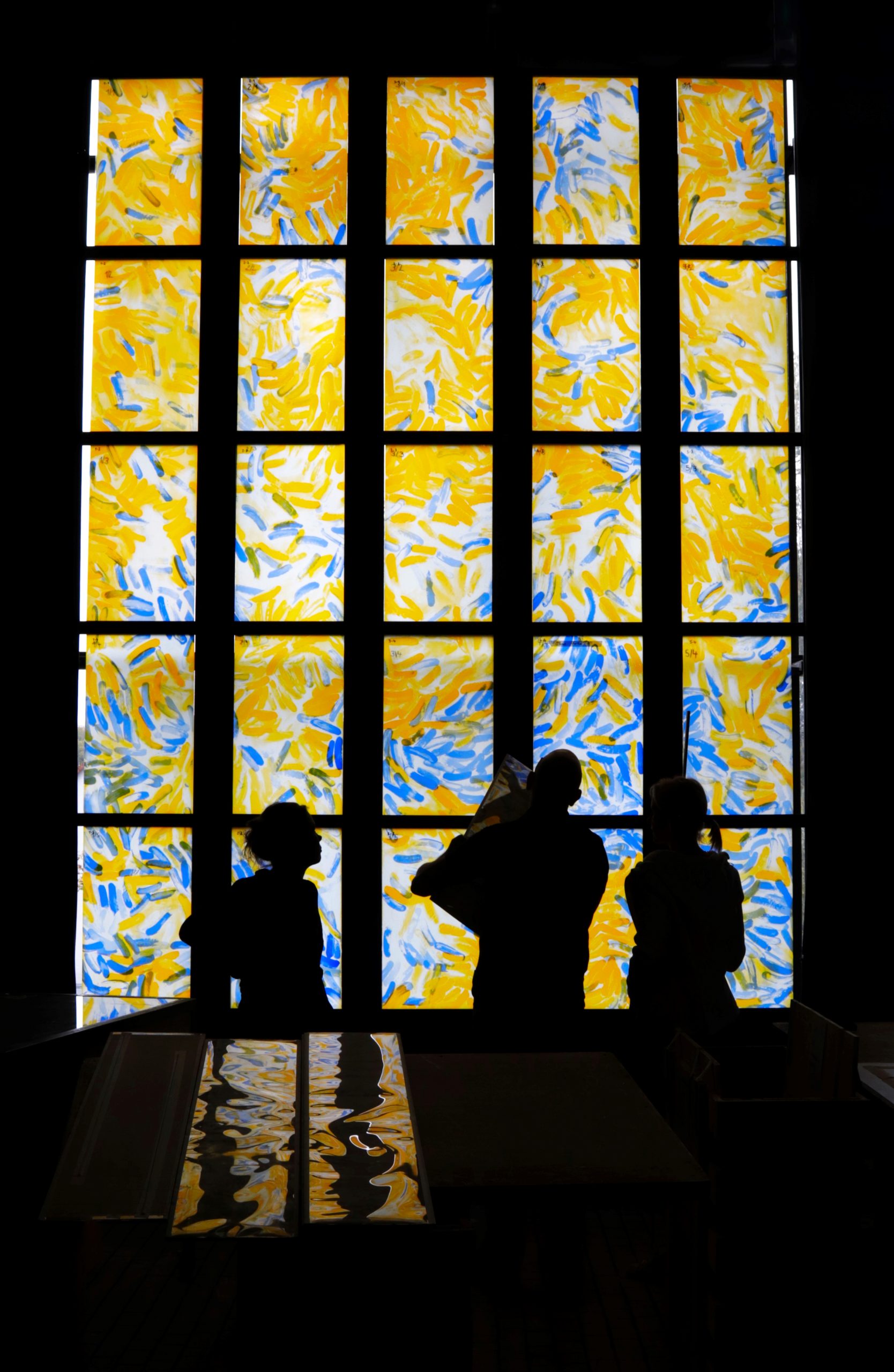 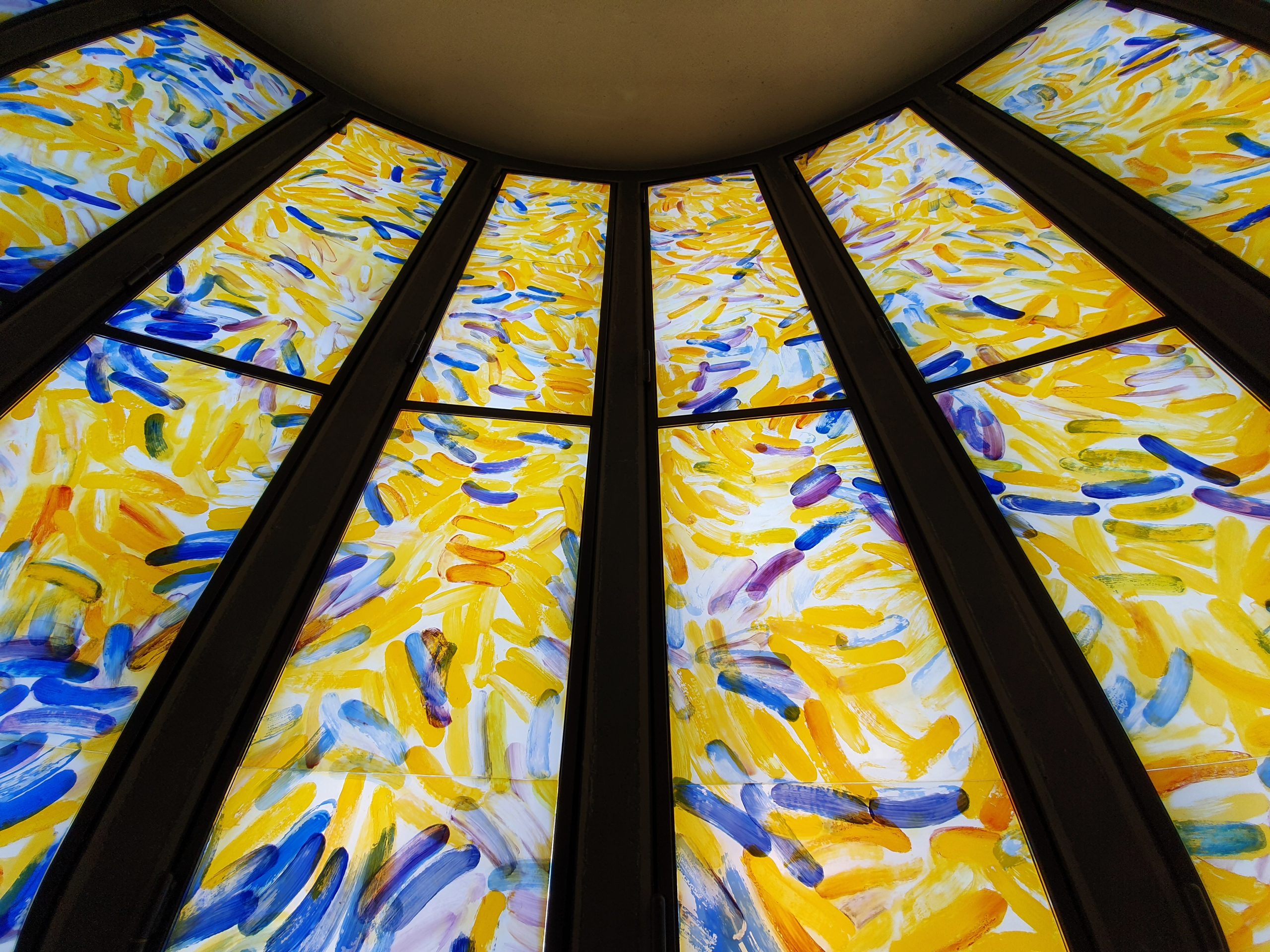 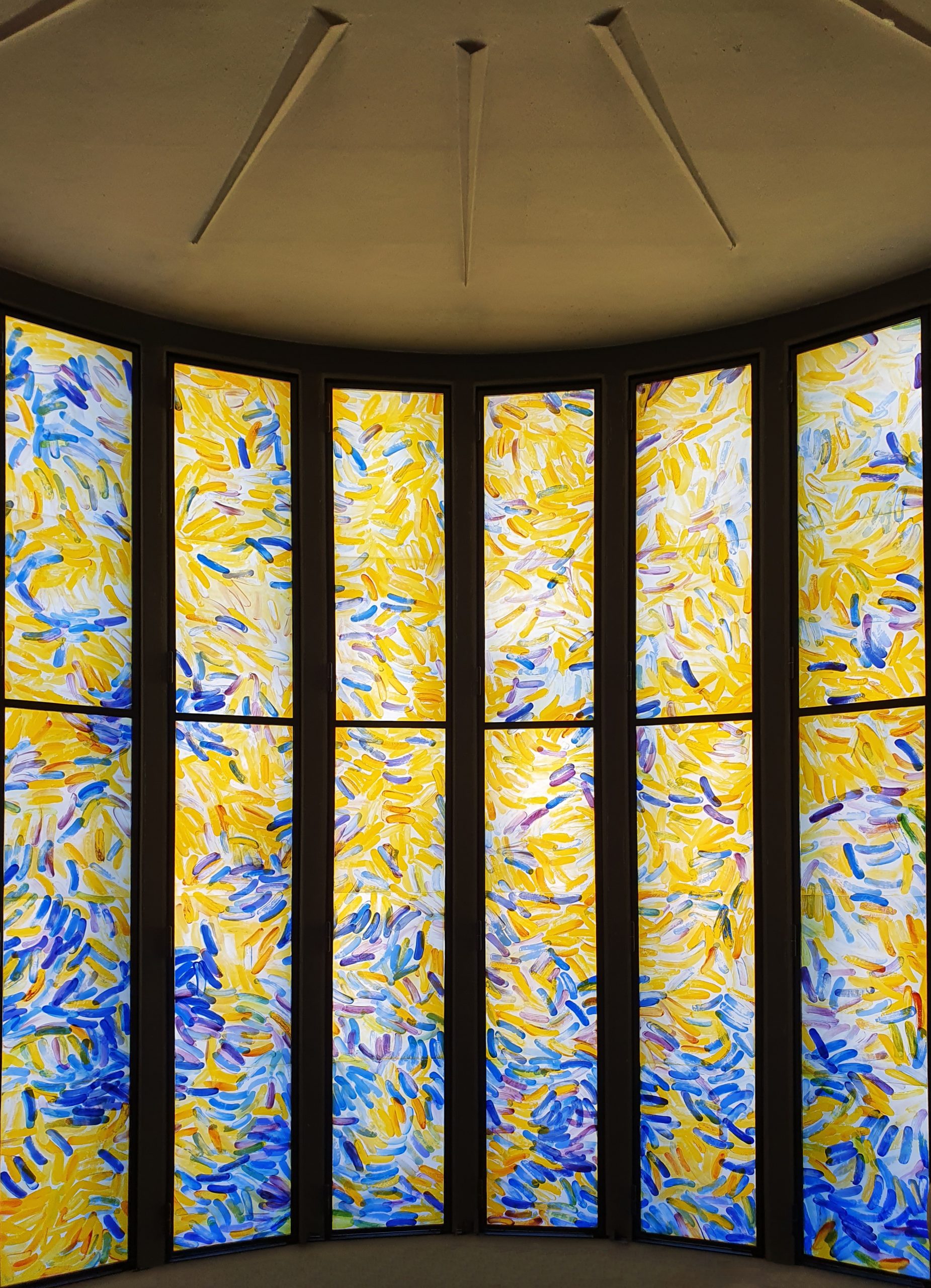