Singing in Jail – artwork at the Waldeck Penitentiary

Singing in Jail – ten glass windows at the Waldeck Penitentiary

In 2017, we completed a fairly small but rather special project for the prison in Waldeck-Rostock. It involves ten glass designs by the artist Barbara Wetzel for the windows of a multipurpose room, which also serves as a chapel and prayer room.

A special feature of this work is that the visual elements are based on woodcuts that Wetzel and the prison inmates created and printed together in close cooperation. As she says herself, she then added “their input and layout based on their original work” and completed them at Derix Glasstudios in Taunusstein. A total of ten windowpanes were created, each measuring 53cm x 132cm (21 x 52 inches) and entitled Singing in Jail.

The artist Barbara Wetzel grew up in the former GDR in a devout Christian family. Which is why under the political circumstances of the time, she had no opportunity to graduate from high school and go to college. However, as she dreamed of becoming a sculptor from a very early age, she decided on a career detour via training in skilled crafts. She first became a draftsman and stonemason before she was finally able to study sculpture in Dresden after the reunification of Germany.

Sculpture is the focus of her work today. However, her woodcuts are also an important part of it, which she produces as standalone artworks or as illustrations for books of her own stories or narratives by other authors. From this perspective, it is no surprise that Barbara Wetzel describes her work at the prison itself as “glass book pages.”

[The quote in paragraph two is taken from the artist’s website.] 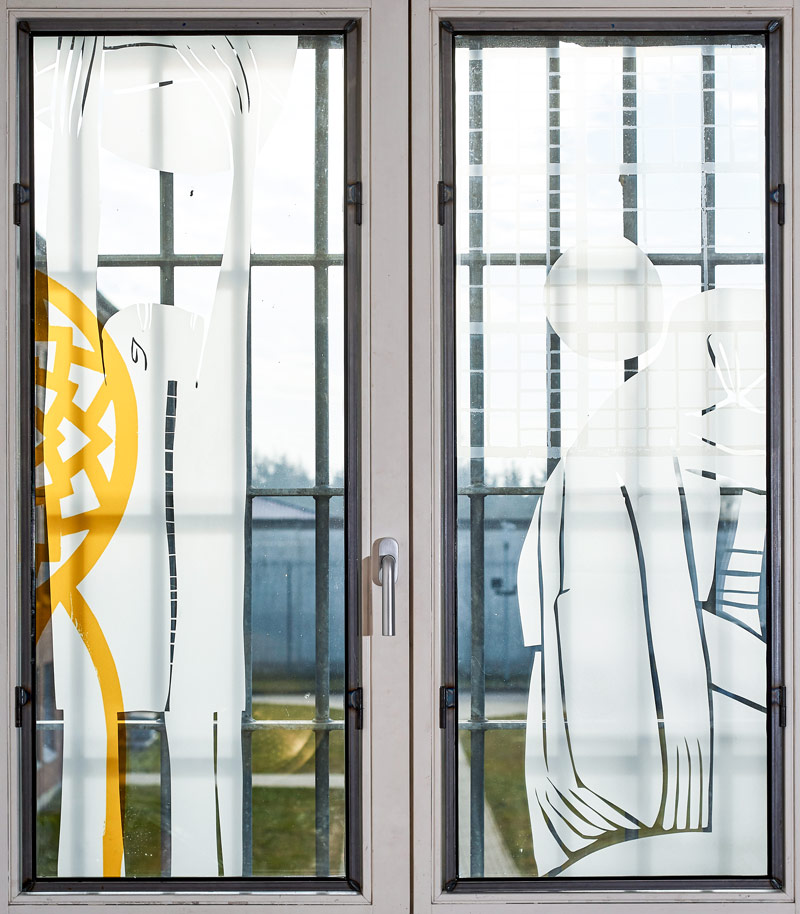 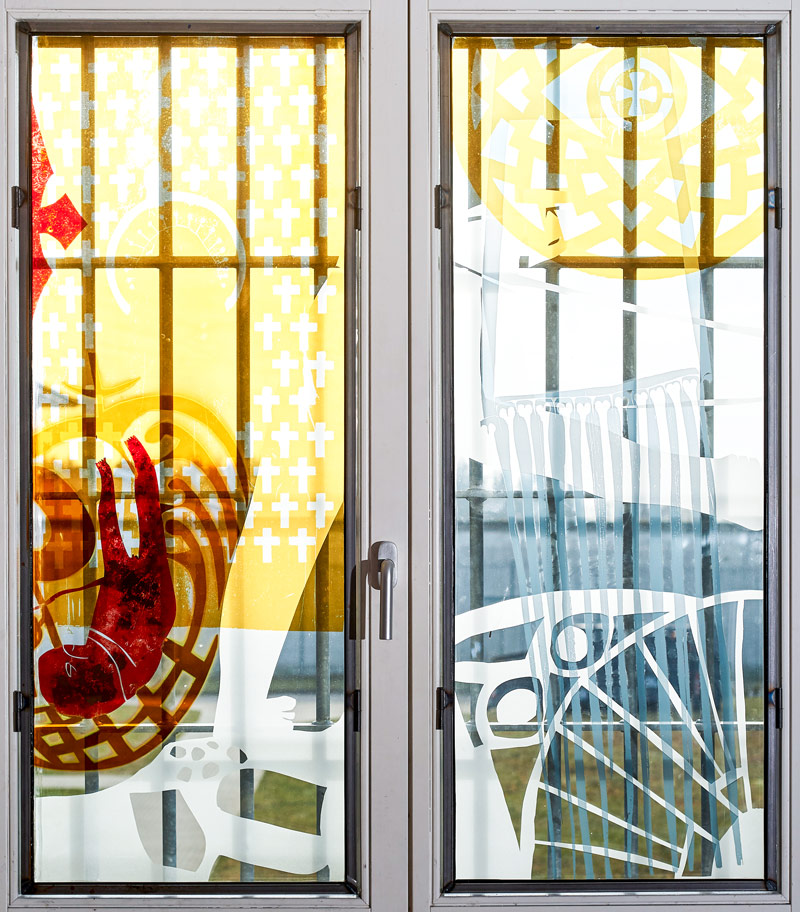 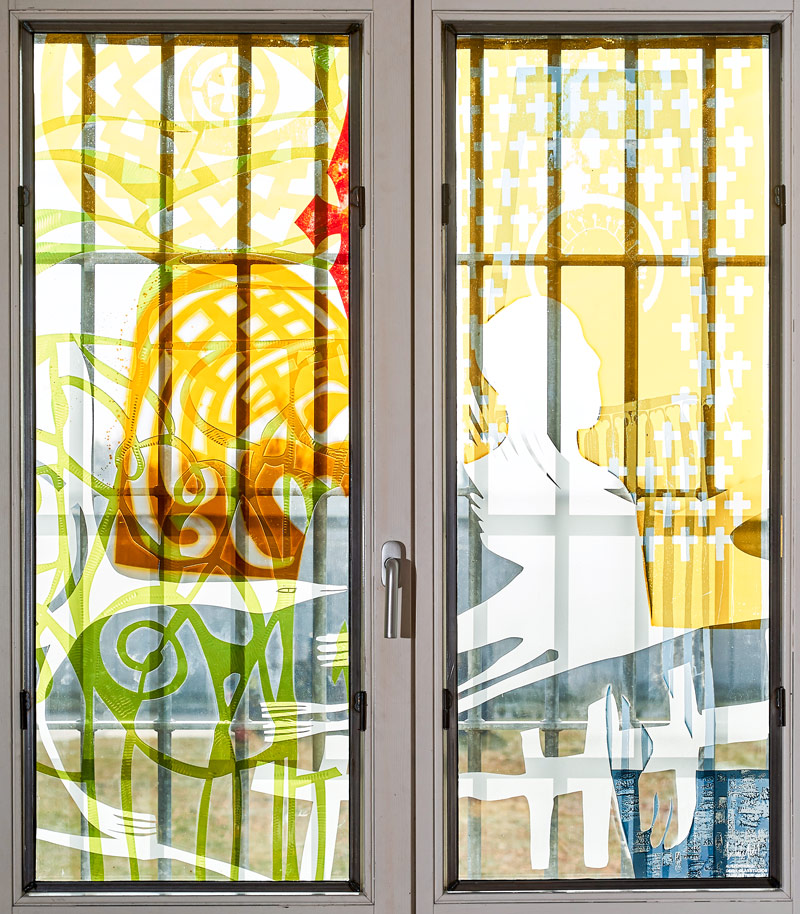 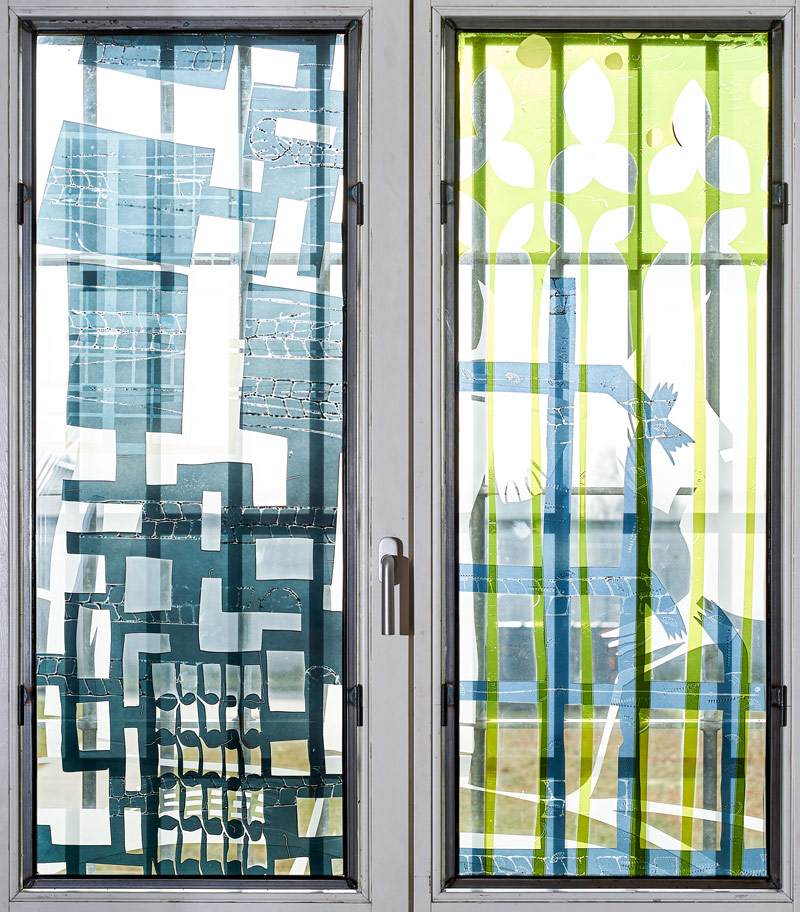 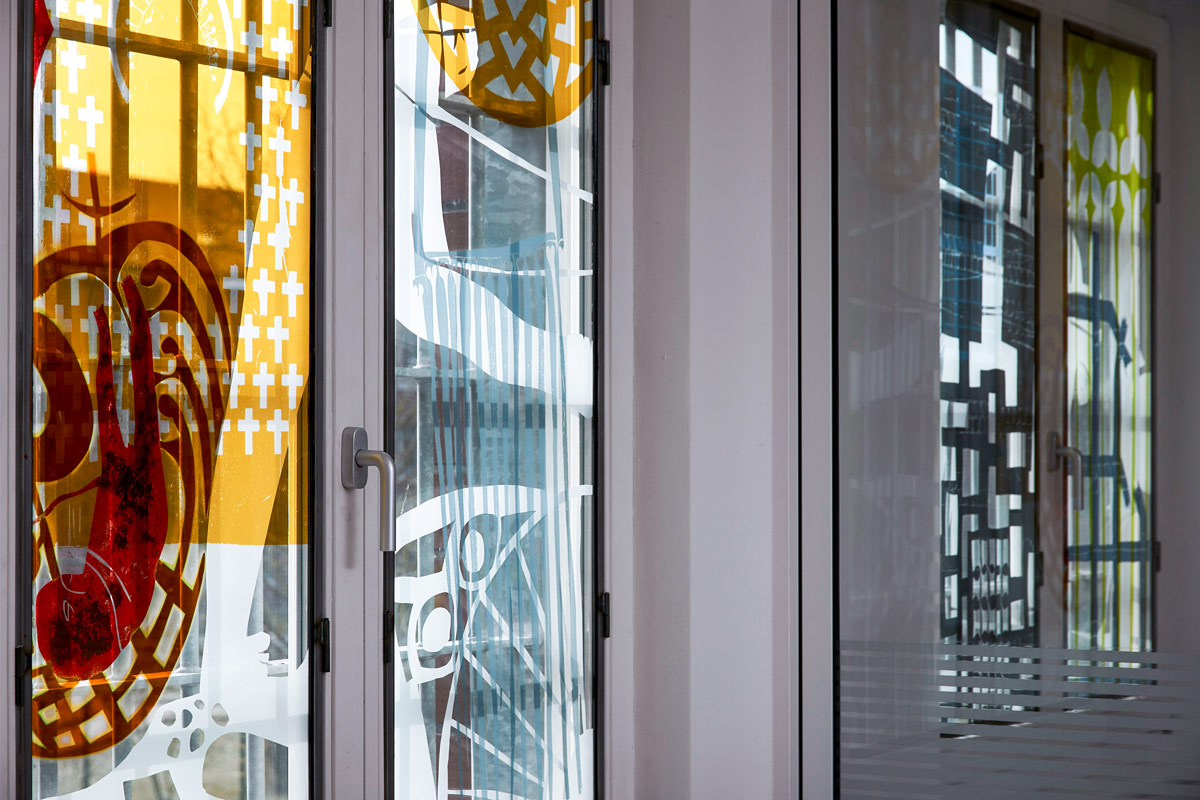